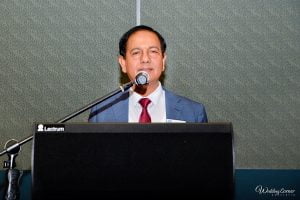 Toxic Epidermal Necrolysis (TEN) is a rare complication of paroxetine and can be life-threatening. We report a case of paroxetine induced TEN in an 80 year old Maori female. She was started on paroxetine 10 mg once daily six days prior to hospital admission. The patient then developed extensive vesiculobullous skin eruptions.  She was treated with intravenous fluid, corticosteroid and local dressings and concurrently her paroxetine was stopped. A series of laboratory investigations were carried out and a final diagnosis of toxic epidermal necrolysis was made from skin biopsy. The patient was discharged home after two weeks of treatment. Her skin lesions improved gradually.

Serotonin reuptake inhibitors paroxetine, fluoxetine and fluvoxamine are second generation antidepressant drugs. They are indicated mainly in depression in which their efficacy is comparable with that of tricyclic antidepressants.

TEN is characterized by a prodrome of fever and malaise. Temperatures are frequently higher than those seen with Steven Johnson Syndrome (SJS), and often exceed 39 degrees Celsius. The skin lesions are widely distributed, erythematous, macules and patches, although about 50 percent of cases begin with diffuse     erythema.1,2,3 In the early stages, skin pain may be prominent and out of proportion to clinical findings. Later, full-thickness epidermal necrosis leads to sloughing of greater than 30 percent of the body surface area.2  The ultimate appearance of the skin has been likened to that of extensive thermal injury. Mucous membranes are involved in nearly all cases.

We report herein the first patient to our knowledge who has developed severe toxic epidermal necrolysis (TEN) after starting paroxetine in New Zealand.

An 80 year old Maori woman was started on paroxetine by her general practitioner for depression six days before her hospital admission. She went to see her Family Physician three days after starting paroxetine, because of itchy erythematous skin lesion in both knees. She was started on amoxicillin/clavulanate and loratidine for skin lesions. Her skin lesions got worse with extensive itchy painful blisters in both upper and lower limbs, neck  and anterior chest wall. This was associated with fever, malaise and decreased oral intake. She was then admitted in hospital. Of note, she took amoxicillin/clavulanate and loratidine in the past without any problem.

She had a previous history of skin blisters 8 years ago which was treated with corticosteroid by a dermatologist, no cause was found. Her other medications included  cilazapril, simvastatin, metoprolol CR and thyroxine. On admission, temperature was 38c, there was extensive blisters in the anterior and posterior surfaces of both upper and lower limbs, neck  and anterior chest wall involving 40% of body surface area (BSA) (Picture 1) 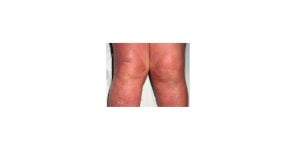 No oral, ocular and genital erosions were present. 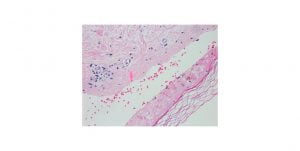 Paroxetine was stopped on admission. She was rehydrated with intravenous fluid. Prednisone 40 mg od was started as advised by a dermatologist. Regular dressing was performed for the skin lesions, which improved gradually (Picture 3). 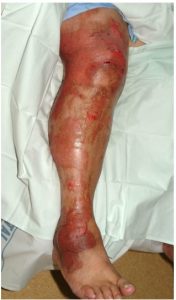 Picture 3. Skin lesions in lower limb after treatment of 2 weeks

The patient was discharged from hospital after 2 weeks.

Stevens-Johnson syndrome (SJS) and toxic epidermal necrolysis (TEN) are severe, idiosyncratic reactions, usually in response to medications, which are characterized by fever and mucocutaneous lesions that culminate in epidermal death and sloughing. SJS and TEN are distinguished chiefly by severity and percentage of body surface involved.3

Paroxetine has been available for prescription since 1993. According to Reactions Database from 1993 – July 2007 only one case of Toxic Epidermal Necrolysis has been reported from France after paroxetine treatment for depression.5

According to New Zealand drug reaction database (MedSafe) the reported cases of paroxetine induced skin reactions are skin rash in many cases, urticaria in four cases and erythema multiformae in three cases. There have been no case reports of Stevens-Johnson syndrome or Toxic Epidermal Necrolysis. To our knowledge this is the first case of Toxic Epidermal Necrolysis observed after paroxetine treatment in New Zealand.